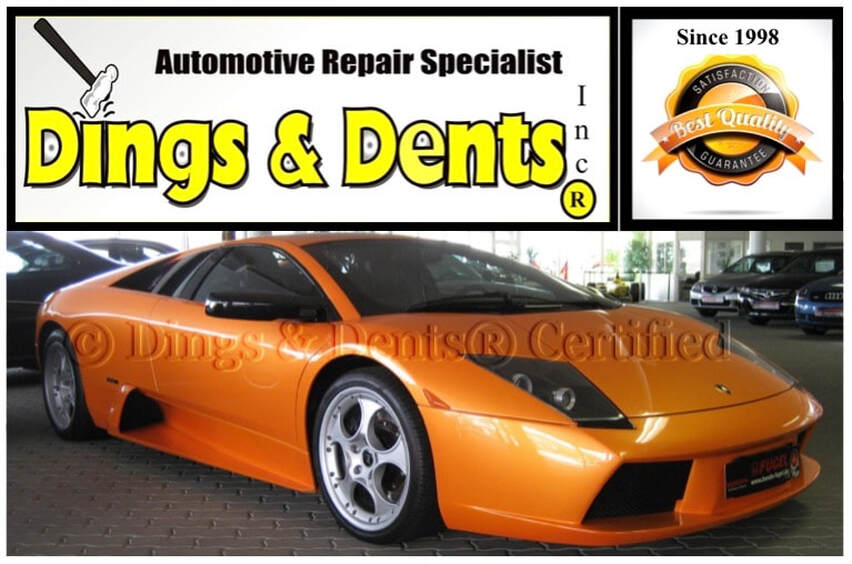 Robert Garcia
Winston-Salem, NC
"Recently while working in the garage, I had something fall over and put a dent in my wife's new car. Remembered Brian from meeting him around 15yrs ago and called him. To my surprise he remembered me and let me know he would be out to do the initial assessment as soon as possible. He was able to fix the dent immediately and it looks like it never happened! The attention to detail, the professionalism, and the quality of work are unmatched. Needless to say I would highly recommend his services. Thank you Brian...."
Vernon Roten
Fleetwood, NC
"Brian 1/Deer 0  ~ My son had an encounter with a deer with his bright red 2020 Honda Civic that left about a ten inch crease in his driver's door and two 3-inch dents in the drivers and rear driver's door. Been a long time customer of Dings and Dents and I'm never failed to be amazed what Brian can do. Looked like brand new. There are plenty of PDR guys out there, but I challenge anyone to find one any better. I still drive 80 miles one way to have Brian do my PDR work. Honest and honorable man who is a master of his profession mixed with part car magician. Most highly recommended!"

Judy Bruce
Jamestown, NC
"I discovered a large dent in the front fender of my brand new Nissan Rogue. I found Brian via an internet search and I'm so grateful that it brought me to him. Brian contacted me within a couple of hours of me submitting an online request for an estimate. He was at my door within an hour. I am amazed at the results of Brian's meticulous work. In addition to being a genuinely nice guy, he is a true craftsman and a perfectionist with his work. Thanks Brian!"
Jim Bigger
Winston-Salem, NC
"After discovering a huge dent in my brand new car, I called Dings & Dents and left a message. Brian called me back in a short period of time, and came by my office the same day to look at the damage. This was a large and complex dent in a critical spot on the car, and he was able to schedule repair the next day. I had my car back within four hours, and you would NEVER be able to detect the initial damage. I highly recommend Brian as a person and as a very skilled craftsman."
Jon Bruner
Winston-Salem, NC
"Service all the way around was far more than expected.  The work done was far more than expected.  I had no idea some of what he did removing dents was possible, but he did it."
"100% recommended. "
Bunny Moore
King, NC
"I only had my car for 6 months and someone put a dent right in the middle of the passenger door where the body line is. I was so upset. Every time I looked at it my eyes went right to that dent. I called Brian and he reassured me that he could fix it. I could not believe that he could do what he said without painting my car. I took it to him this morning and I am a true believer. He fixed my door and I could not be any happier. He is a true artist at what he does. I hope I will never need his service again, but if I do I know who to call without a shadow of a doubt!! Thank You so much Brian. I really appreciate it!!"
Dorothy Rowe
Sanford, NC
"Brian's work was absolutely unbelievable! He took the time and care to remove several dents in my BMW 4 series and to buff out scratches. He explained the process thoroughly as he completed the work. I was thrilled with the results. He also took the time to explain processes I could use to decrease the appearance of further scratching in the future. This man is a true professional and he is anointed in his craft. I would recommend his work to anyone. Thank you so much Brian!"
Jeffrey McNeal
Winston-Salem, NC
"My first time using Dings and Dents was today and I came away completely satisfied with not only Brian's work but his professionalism, attention to detail and his personal character. I hope I never have to use Brian for his dent repair services again (joke intended here) but I feel I made a great connection business-wise and friendship-wise. I will not hesitate to recommend him to others who need his repair services. An excellent customer experience. Thanks!!"
﻿﻿Beverly Edwards
﻿﻿Winston-Salem, NC﻿﻿﻿﻿
"Thanks very much!  You have a customer for life!"
﻿﻿Brian Smi﻿﻿th
Winston-Salem, NC﻿﻿
"Brian is a true class act who takes a lot of pride in his work and business.  When my new truck got hit by a golf ball I immediately called Brian.  I expected to have my dent for a few days before my truck was back to new, but Brian asked me if I could meet him within the hour and he would take care of it.  He did so, and it is back to new. I have worked with Brian before and I can truly recommend him at the highest levels.  Thank you for the outstanding job!"
Greg H﻿﻿anks
Charlotte, NC
"﻿﻿Brian is awesome at what he does.  He's honest and will leave your car looking showroom perfect.  If you have any blemishes on your car, call Brian.  You will not be disappointed.  Thanks again!"
﻿Bob Ellis
C﻿﻿olfax, NC﻿
"Had Brian fix a dent in the rear bed side panel of our new 2015 Dodge Ram approximately 6" round spanning the main body line. His work was Outstanding !!! He explained his process in detail and was very professional, meticulous, and responsive to our needs and work schedules. Will definitely use him again and have already recommended to others."
Terri﻿﻿ Hill
Winston-Salem, NC﻿﻿﻿﻿
"Brian- you're a blessing from God!  Thank you again!"
﻿Ellen Dudley
Winston-Salem, N﻿﻿C﻿
"I would definitely recommend Brian to anyone.  He is professional, polite, courteous, and very understanding. He has repaired a few dents in my cars of the years including one that was caused by a stupid runaway shopping cart that left a significant dent in my car!  He repaired it so you would never know it was done and he did it while I waited and worked in his pleasant work space.  He also repaired a large scratch in the bumper and on the side mirror.  All in no time.  He under promises and really delivers.  Thanks Brian!!"
Roger Plemmon﻿﻿s
Clemmons, NC
"I have been using Brian for my dent repair for over 15 years.  He has removed dents from my personal autos and my 1935 Buick, my 1967 Firebird, my 1934 Pontiac and numerous autos I purchased for resale.  I have recommended him to all of my fellow street rodders and friends.  I would trust him with anything I own.  Brian will tell you up front if the dent can be repaired and does an excellent job.  Brian is my friend in addition to being my "dent man"."